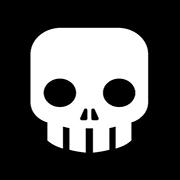 [Update 26/03/21 17:09 GMT+0] (Final Update) After two weeks of downtime, we're excited to announce that UltraNetwork is back online! Both the Prison and Skyblock servers have been restored successfully with minimal data loss, the total duration of how far of a roll back occurred from restoring our latest backups cannot be accurately determined though it is within the range of 6-12 hours. Survival Server Whilst prison and skyblock are both back online, we're still waiting on a s
Recommended by Skully